Mr Eales wanted to transform his existing first generation lean-to conservatory into a more modern room that could be used all year round.

Having chosen an expert local installer in Conserv-A-Tech, Mr Eales was then able to specify a replacement conservatory that not only looked modern, but was also far more thermally efficient. 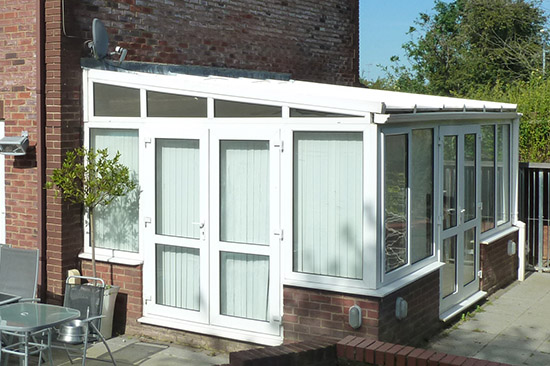 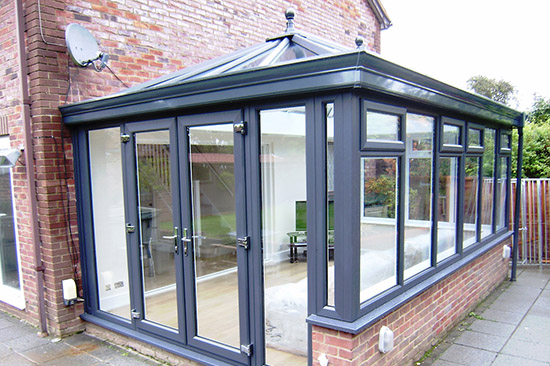 An internal pelmet was also incorporated to the design which now incorporates downlighters, making for a real room feel. The glass specified in the roof was specialist solar control glass which keeps conservatories cool in summer and warm in winter. To the outside a matching gutter cornice shroud was installed, helping to add further design appeal to this stylish glazed extension. 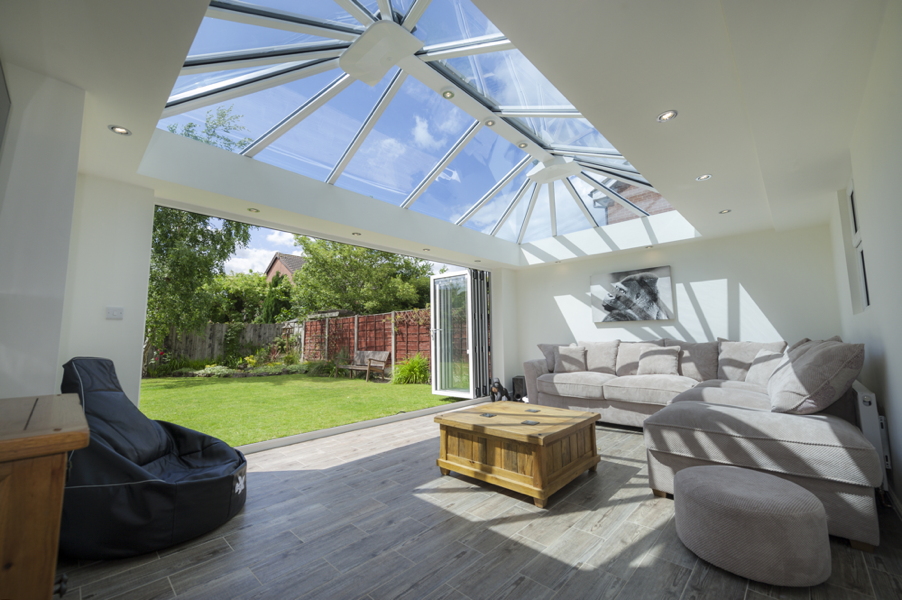 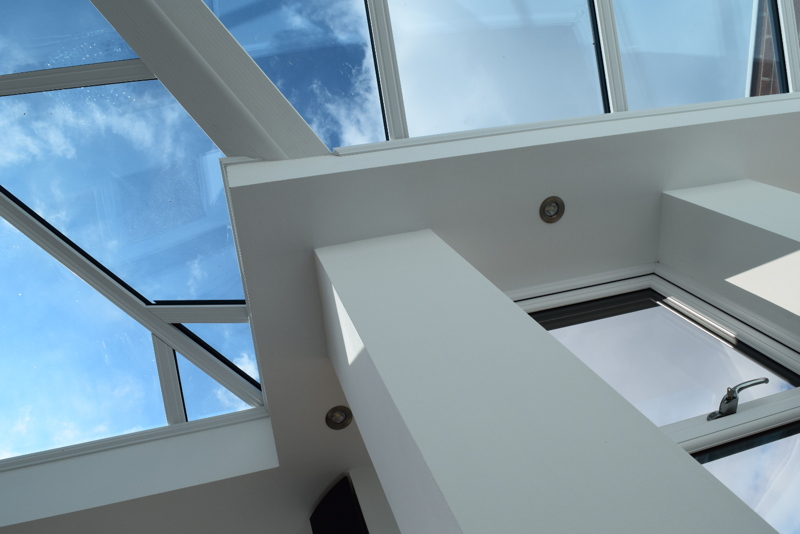 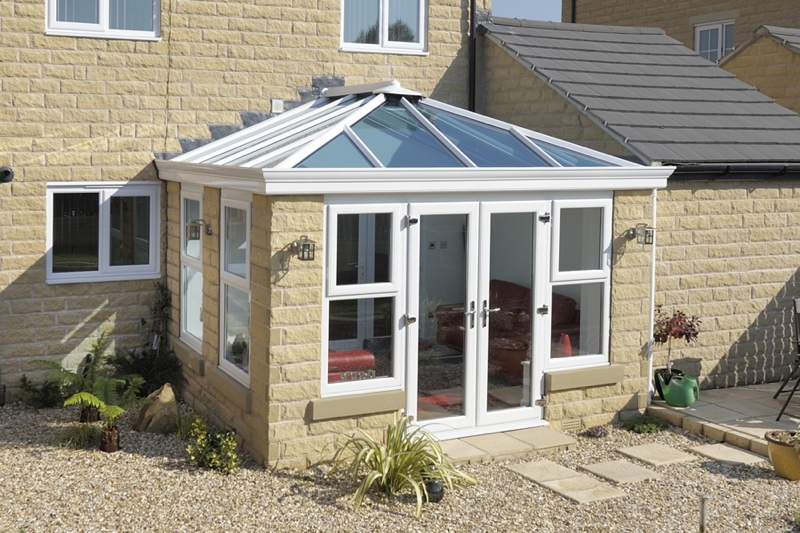 A cornice was added to provide superior aesthetics 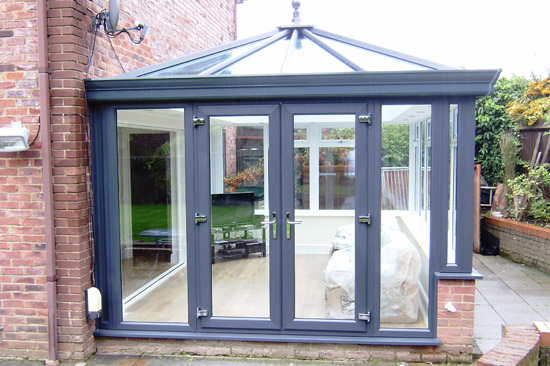 The existing conservatory roof and side frames including all the doors and windows were removed, leaving the existing base in place. A small wall was constructed on the front elevation to block up where the old doors had been which then helped to create a room that can be fully utilised. The wall on the side was altered to include two new floor to ceiling frames either side of the new French doors, giving a totally new look at feel to the room.

A cut out of the wall on the side elevation was a simple process to make the opening wider, in this instance French doors are installed, but wider openings can be made to include Bi-folding doors or sliding patios. The internal pelmet inside the room allowed downlighters to be installed giving the room extra light and the installation was quick – taking just 5 days from start to hand over.

Our new conservatory has transformed the look and feel of the room. We researched our options and due to the fact our conservatory is south facing we chose Solar Control glass in our roof, this really does keep the room cooler than the old plastic conservatory roof we had before. We now have a conservatory we are truly proud to show off to our friends and neighbours, it’s now a great space to entertain.

Take a closer look at some other fantastic Refurbish My Conservatory builds. 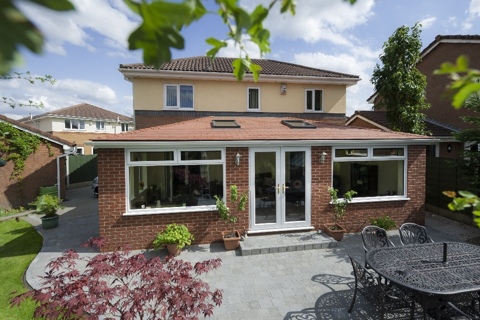 When Mr. Brides from Lancashire looked to replace his tired first generation PVCu conservatory, he looked to conservatory replacement specialists Refurbish My Conservatory. 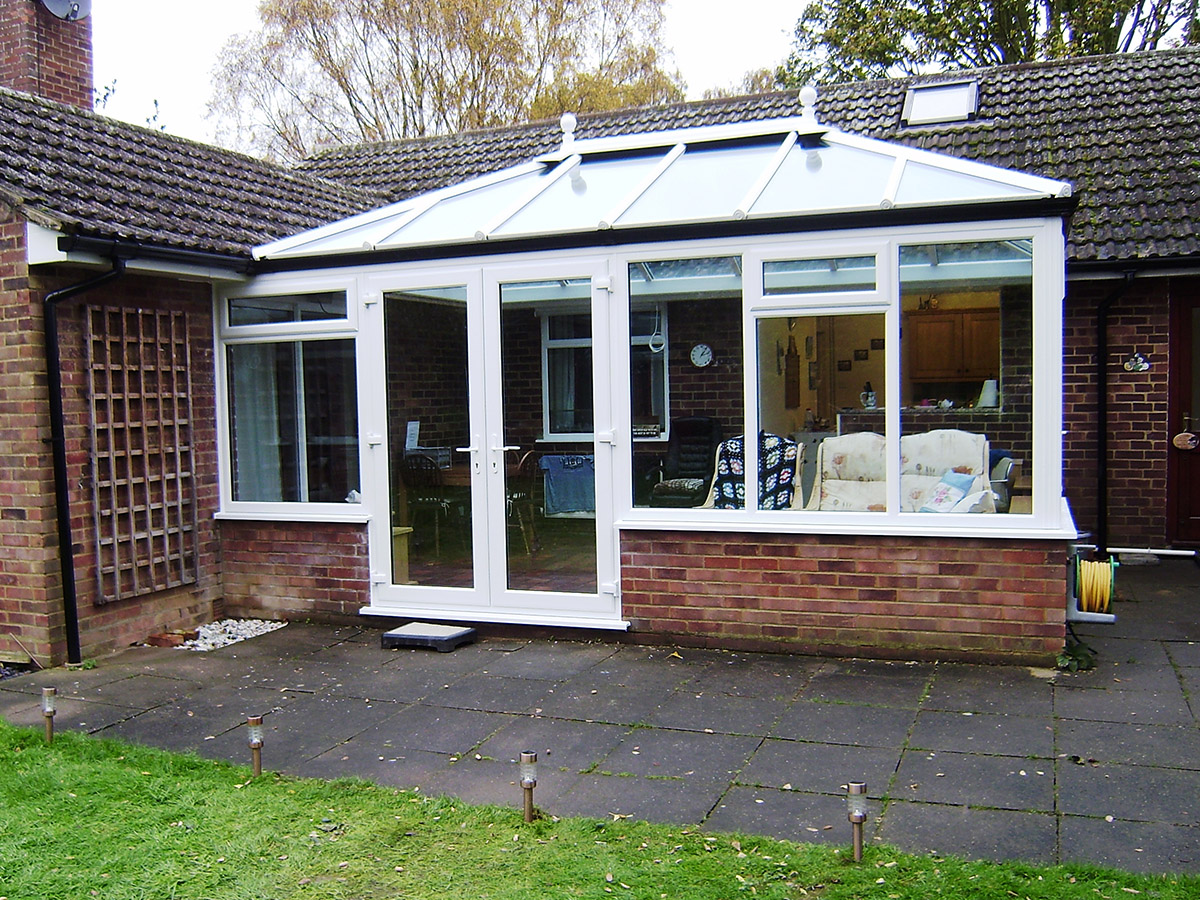