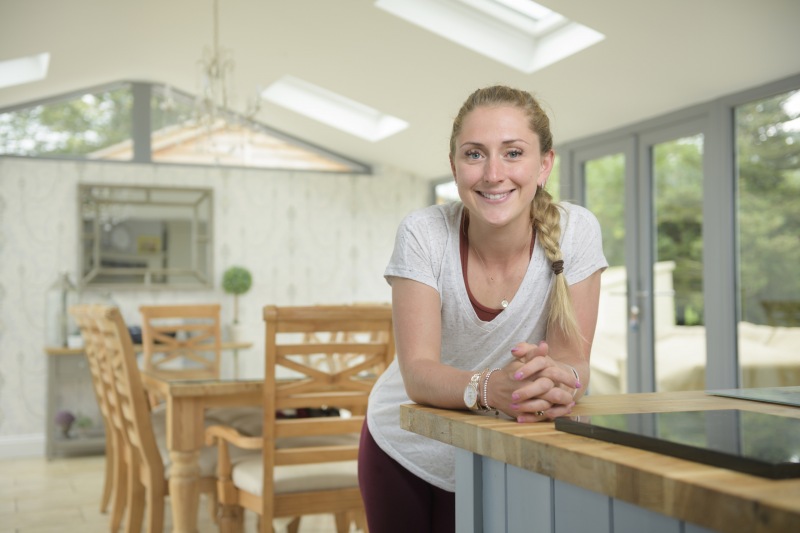 When British Olympic gold medallists Laura and Jason Kenny CBE first purchased their home in Feb 2019, it already had a large wooden conservatory attached to it but soon realised it was in desperate need of some TLC due to the bad leaking and extreme temperatures in the warmer months.

Due to constant changes in seasonal temperatures, the roof panels had moved and formed gaps which in heavy rainfall meant it leaked quite heavily. When they decided they needed to refurbish the conservatory, they knew they wanted a solid ‘real’ roof and through research on Google, came across Refurbish My Conservatory.

Laura made contact via the enquiry form and within 24 hours a local, registered installer got in touch to arrange an appointment and discuss the options available for their new roof. When the installer visited, Laura and Jason instantly felt at ease and not under any pressure. “We felt very comfortable with both the installer and the WARMroof product, so we decided to go ahead.”

The installer explained the WARMroof structure to Laura & Jason and they just felt the confidence he had with the system. Our installer explains “The WARMroof is the best solid roof on the market and we want our customers to have the best. It is a true warm-roof construction and is such a great system to install – we can have it watertight in just one day. Every customer we have installed one for has been over the moon with it and it’s not hard to see why – it looks fantastic!”

Laura & Jason were used to the light, airy environment of their old conservatory so it was important to keep an element of light in their new room. They chose to have 4 Velux rooflights installed not only for light but so they could open them for added ventilation. After seeing numerous photos of the WARMroof with Envirotiles and liking the look of them, these were chosen to also compliment their existing house roof.

The whole process of refurbishing their conservatory was described by Laura as ‘quick & easy’. The WARMroof arrived at their house palletised and due to a lot of pre-fabrication being done before delivery, the initial build wasn’t too disruptive and there was minimal mess to their home. “The installers were really nice lads and they made sure the roof was watertight the first day before they left – plus our dogs loved them so we didn’t mind having them in the house!” Laura commented.

Overall, Laura and Jason love their newly refurbished conservatory which has provided them with a liveable space for their family to enjoy. It is used as the main access into their home is part of their kitchen which provides a dining space for enjoying their meals and entertaining. “We would definitely recommend the WARMroof system as it’s provided such a great living space for us to enjoy. It is much cooler in the warmer months whereas it used to be unbearable and it now feels like a proper room and a real part of the house – plus it is much quieter than our old conservatory. 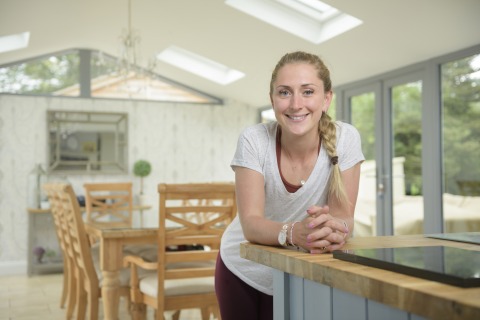 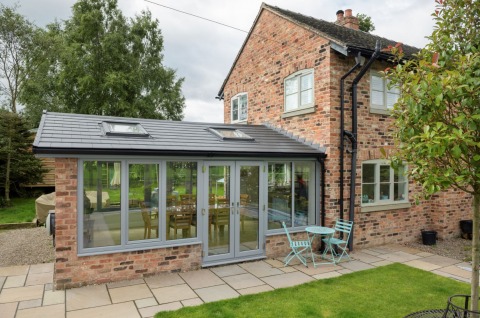 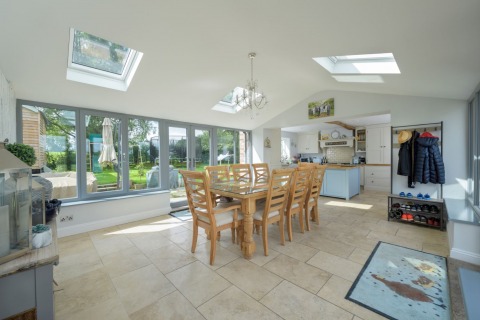 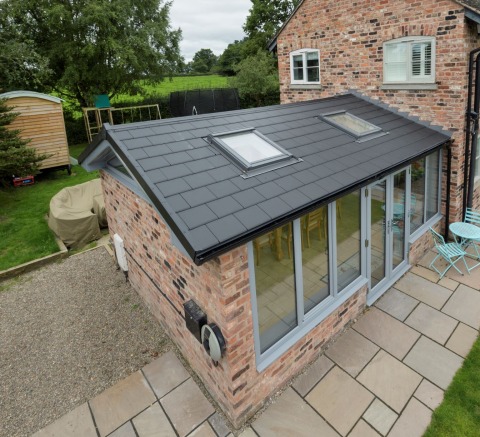